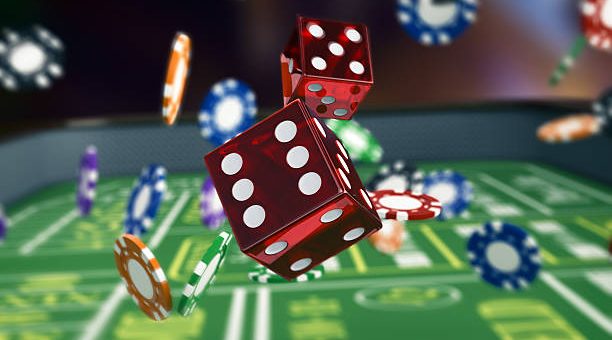 Gambling could soon expand in Arkansas as two state race tracks are expected to go live with full-scale casino offering on April 1. A meeting of the state Racing Commission taking place today has starting the process for licensing Oaklawn Racing & Gaming in Hot Springs and Southland Park Gaming and Racing in West Memphis into full-fledged casinos with slot machines and table games.

Scott Hardin, a spokesperson for the Arkansas Department of Finance and Administration, announced earlier this week that a meeting of the state’s racing regulator would take place today and would pave the way for the issuance of casino licenses for the two race tracks.

Full-blown casino operations are expected to commence at the two racing properties next Sunday, April 1.

The two properties already operate electronic versions of popular casino games, including blackjack, poker and craps. However, Las Vegas-style casino gambling was not permitted in the state up until recently.

Arkansas residents approved in November a constitutional amendment authorizing the addition of full-fledged casino gambling at the two above-mentioned race tracks and the construction of two new casinos in Jefferson County and in Pope County.

While the Quapaw Tribe of Oklahoma has made a significant progress toward securing permission to operate a gambling venue in Jefferson County, bringing a casino to Pope County has proved a challenge due to public outcry from residents and local officials.

When Is Sports Betting Coming to the State?
The approval of the November ballot also enabled the state to move forward with authorizing the provision of sports betting. The Racing Commission approved sports betting rules not long ago, which means that there are few bureaucratic hurdles before the start of legal operations.

The amendment, as passed, required interested sports gambling operators to submit applications by this summer. However, Southland has recently indicated that wagering activities might be coming to the state sooner than initially expected.

The race track has begun promoting the upcoming opening of its sportsbook, although it has not revealed when exactly this will happen. An advertisement at the property merely states that its BetLucky Sportsbook is coming soon.

Southland is owned by New York-headquartered gaming operator Delaware North. The company launched sportsbooks at its West Virginia casinos last fall. The start of betting at the two gambling venues was followed by a roll-out of a betting app. However, both brick-and-mortar digital operations abruptly stopped earlier this month due to a “contract dispute.” Delaware North has not provided any further information on when betting would again be available.

This Article First Published On www.casinonewsdaily.com